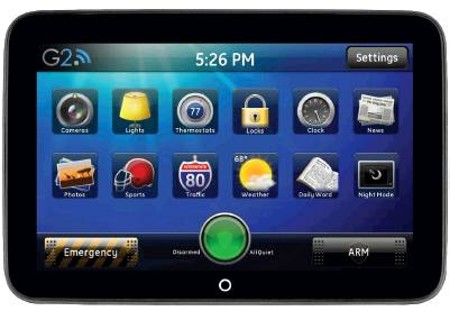 Home automation has come a very long way in the last few years. Even the highest of the high-end control companies are creating more affordable solutions as smart home technology advances. “There’s a perception that home automation systems are only for the very rich,” says home systems integrator Todd Anthony Puma, owner of The Source Home Automation in Manhattan. “People think the convenience and simplicity of an automated home are just too expensive for most of us to enjoy.”

While this may have been true until recently, the dynamic is changing with the introduction of proprietary apps that help eliminate the need for numerous touchpanels around the home, allowing the owner to use his or her phone or tablet as primary control mechanisms. Additionally, by using a plug-and-play app from a control manufacturer, homeowners eliminate the expense of custom programming, which can be both expensive and time consuming.

For the bachelor who owns this 2,500-square-foot, two-bedroom Brooklyn apartment, the challenge was to create a reliable, easy-to-use, easy-to-maintain home automation system that would help make his hard-working lifestyle simpler, more entertaining, and more convenient. When he decided to move to a new apartment last year, he began researching home automation systems. “I was looking for convenience and a little bit of a ‘wow’ factor,” he explains. The homeowner connected with Puma, who invited him to see the automation system he had installed in his own home. The homeowner is a big Yankees, Rangers, and Redskins fan, so when Puma showed him his home theater setup, he was impressed. Puma also demonstrated his lighting system and how he could set up various scenes for different purposes: watching a game, throwing a party, even getting up for a late-night snack. “I thought that was very cool, but then Todd showed me how easy it is to incorporate your whole music library into your system,” says the homeowner.

While the homeowner had budgeted carefully for a new audio and video system, he hadn’t left room in the budget for home automation, operating under the misconception that he couldn’t afford it. The solution came in the form of the Crestron Pyng system, which Puma used to automate the audio and video equipment, lighting, motorized shading, and thermostats throughout the apartment. Because Pyng eliminates the expense of custom programming, the automation solution was more affordable than the homeowner expected. “We calculated the difference and found he could afford lighting, shading and climate control, as well as A/V, for a price he was comfortable with,” says Puma. The Pyng system also helped reduce costs because the Pyng hub—along with the Crestron Cameo in-wall dimmers and the infiNET EX gateway—are all wireless, which precluded the need for extra cabling.

While Puma and his team at The Source Home Automation used Pyng to configure basic lighting, temperature, shading, and audio system control, he brought in a Crestron programmer to set up three more elaborate scenes. For the ultimate party, this bachelor can simply hit Party Mode on this smartphone or tablet. From here, he can turn the audio system on; select a playlist; set the volume; turn the lights on in the living room, hallway, and kitchen; and turn the lights off in the master bedroom and office. When he’s away on vacation, Away Mode turns the lights on and off in a pattern designed to make potential thieves think the apartment is occupied. “It’s different every day,” Puma says. “We’ll have the kitchen lights come on for an hour, then the office for a couple of hours, the bath for five minutes, now the kitchen turns off. If someone is looking for a regular pattern, they won’t see it, but they will see something that mimics a homeowner going about his day.” Away Mode also adjusts the thermostat to an energy-efficient setting. Finally, there’s a Good Night Mode, which puts the shades all the way down and all the lights off, except for the fixtures in the hall, which dim to a predetermined level.

In addition, Puma’s team automated certain scenarios to happen based on the time of day. For example, The Source Home Automation originally programmed the Pyng system to command the shades to lower completely just before sunset, and the main room lights to brighten to a 75 percent intensity level, so that the homeowner had privacy when he came home from work. Once setups like this are configured into the system, however, a user can access the Pyng system to create additional lighting scenes or automate whatever functions he or she wants. On his own, this Brooklyn homeowner set up his shades to open just a couple of minutes after his alarm goes off in the morning. “I always like to hit the snooze button and sleep a few more minutes,” he explains. “But by the time my alarm goes off the second time, I have sunlight streaming into the bedroom, and that’s how I know it’s really time to get up.” He also modified the programming so that the shades lower just halfway at sunset to block the view from nearby high-rises, but not cut off his view of the street.